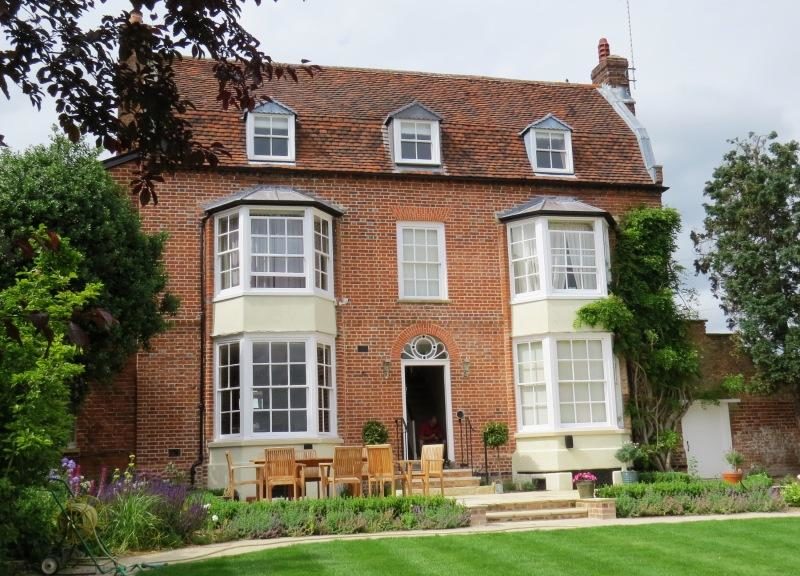 This Grade II listed property is in the centre of the market town of Bishop’s Stortford, Hertfordshire. The three-storey property was built in 1780, and had been regarded as one of the finest homes in the town, but during the last century, it had gradually become less practical as a family home.

It was used as a hospital during the First World War and although there had been a few minimal changes, it hadn’t changed much since those days. The rooms may have worked as a hospital, but they lacked flow, and felt disjointed, and the kitchen was small, next to the main road. It didn’t work well as a family home. There were two large reception rooms, both with bay windows overlooking the front garden. A poorly-designed two-storey rear extension added space, but also gave an unbalanced and unattractive appearance. Although the property was large, there was limited car parking at the back.

Two sets of proposals for improvement were adopted. The first set of proposals included the demolition of the rear two-storey extension, and the construction of a slightly larger three-storey rear extension with lean-to single storey extensions to either side. When coupled with the internal changes, these alterations provided a large kitchen, as well as a breakfast and family area with views over the front garden and townscape. Other alterations provided a large sitting room with access to the private rear garden, and the reconfiguration of the first floor rooms created five bedrooms with two en-suite bathrooms, and a family bathroom. The second set of proposals dealt with the outside space, and added car parking. The large area of garden, surrounded by a Grade II listed wall to the front of the house, was the obvious location for the additional parking. Following lengthy negotiations with the planning department, planning permission and Listed Building Consent were eventually granted and a new vehicle entrance was made through the wall, and a new two-bay garage and store built. Due to the change in ground level across the site, about 700 tonnes of earth were removed to reduce the ground level by around 2.3m, and substantial retaining walls constructed to safeguard the integrity of the remaining ground and walls.

The works to the house were completed in spring 2013, and the garage towards end of 2014. The alterations transformed a house that was once a collection of disjointed rooms into a functional family house suitable for modern day living, while respecting its history. 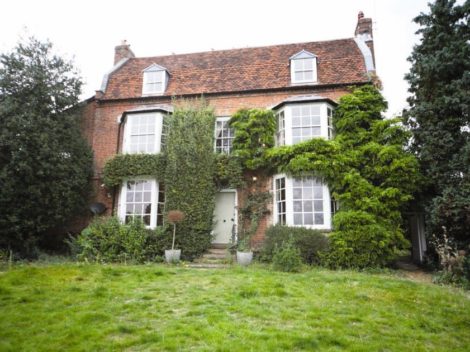 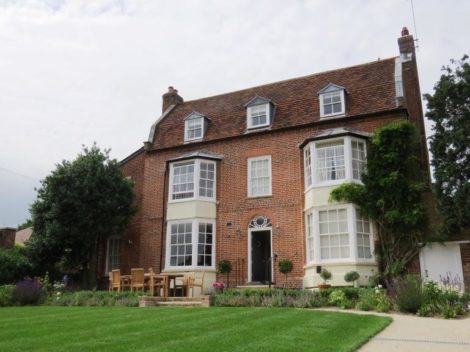 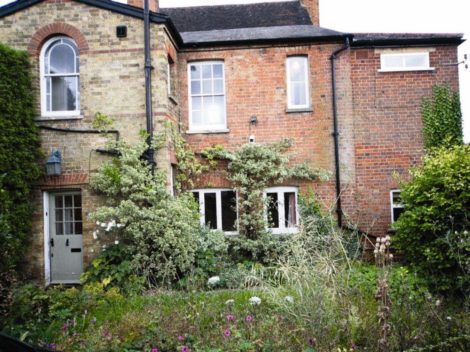 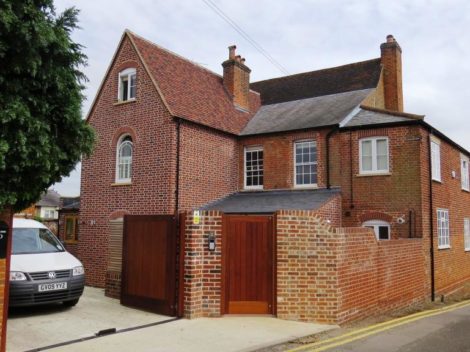 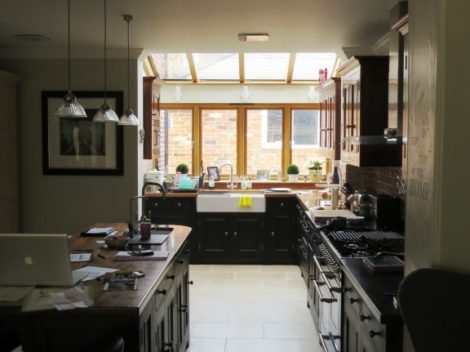 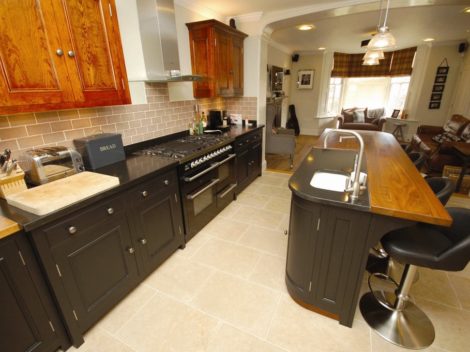 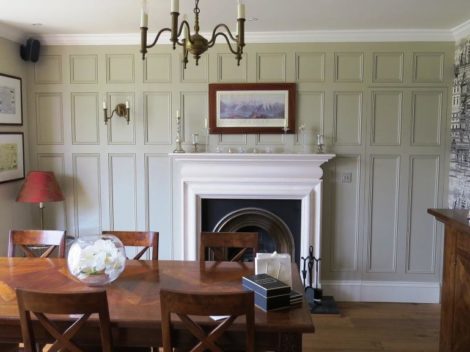 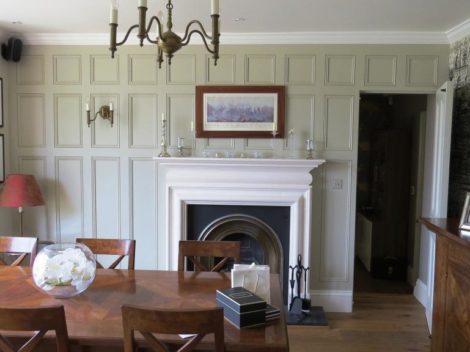 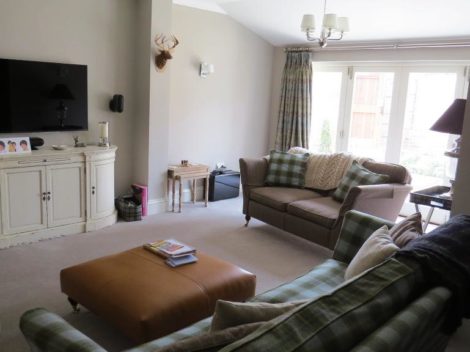 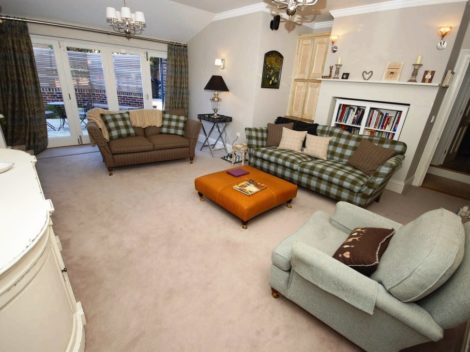 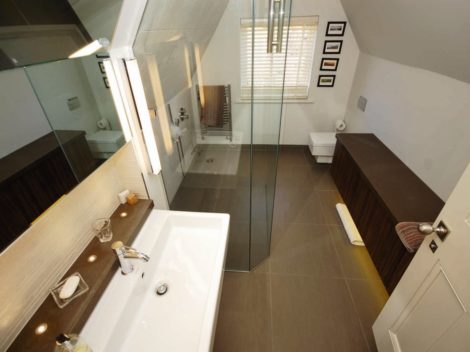 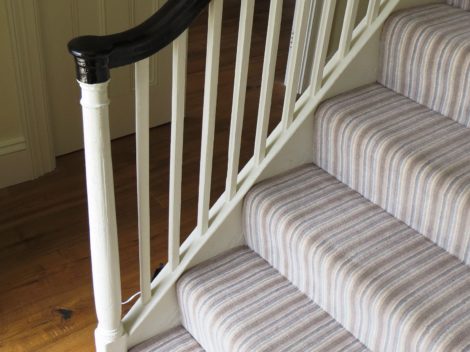 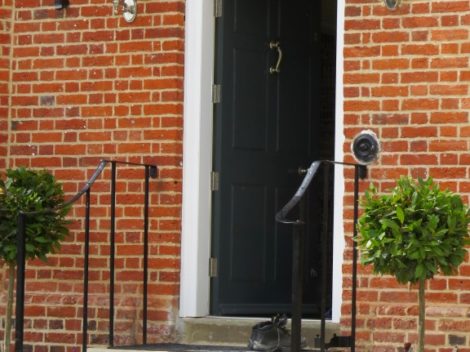 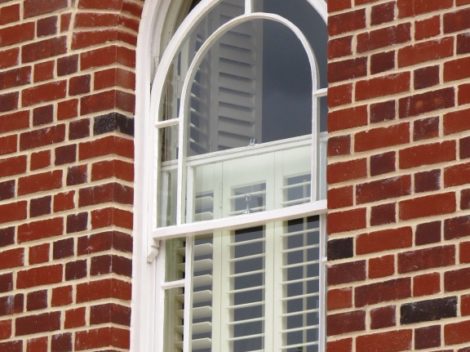 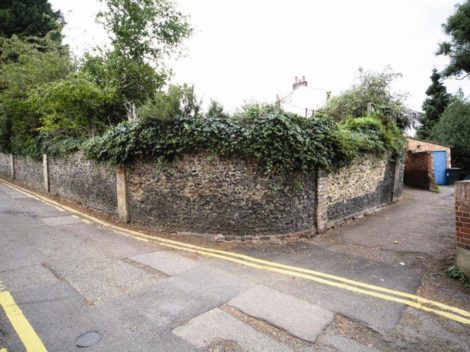 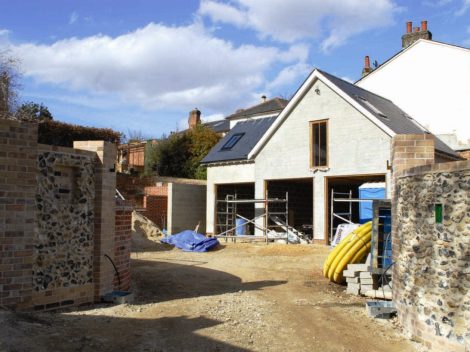 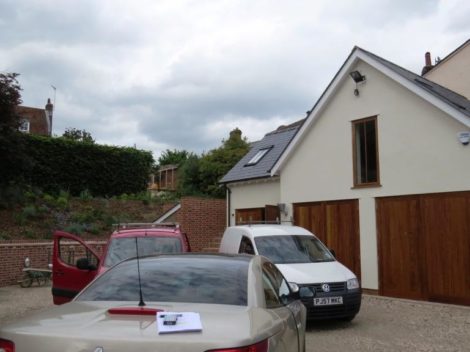